.45 Auto 200 Grain Hornady XTP- Hornady XTP Bullets feature a performance-improved point that has 6 precise folds to divide the bullet into symmetrical sections and initiate controlled expansion at low velocities while not fragmenting at higher velocities. They expand reliably at a wide range of velocities for a deep, terminal penetration with every shot.

Designed for hunting, self-defense and law enforcement applications, the XTP bullet demonstrates the kind of accuracy that led many competitive shooters to adopt it. Reliable performance makes the XTP the most popular handgun bullet for both target shooters and hunters. But it’s the stopping power of the XTP bullet that has truly built its world-class reputation. From the onset, XTP bullets were specifically designed to expand reliably at a wide range of handgun velocities to deliver deep penetration with every shot.

The .45 ACP (Automatic Colt Pistol), or .45 Auto is a handgun cartridge designed by John Browning in 1905, for use in his prototype Colt semi-automatic pistol. After successful military trials, it was adopted as the standard chambering for Colt’s M1911 pistol, being named .45 ACP. It came to life as a result of unsatisfactory performance of the .38-caliber handgun our Armed Forces were using during the Philippine-American War at the end of the 19th century. Soldiers had noted that the .38 handguns were definitely less effective than the .45 caliber Colt Single Action Army. The Army Ordinance Department agreed, and development of a new sidearm began. Germany’s DWM, and the American firms of Savage and Colt (the Browning design) submitted new designs, with the Colt pistol and cartridge coming out on top. This iconic combination was officially adopted as the M1911, firing “Cal. 45 Automatic Pistol Ball Cartridge, Model of 1911.” The original load centered around a 200-grain bullet at 900 fps, but was revised to the formula we all know, driving a 230-grain round nosed bullet at a muzzle velocity of 850 fps. The .45 ACP was an immediate success, and continues to be so to this day. 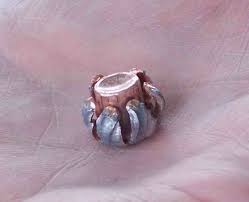 Precise serrations divide the XTP into symmetrical sections, strategically weakening the jacket and initiating controlled expansion even at low velocities.

The gilding metal jacket protects the nose of the bullet, so the hollow cavity functions properly on impact and ensures proper feeding in semi-automatics.

Expansion is controlled by varying jacket thickness down the length of the XTP, providing a definite advantage over plated bullets which have a uniform jacket thickness over the entire bullet.

All brass is carefully selected to ensure it meets our unusually high standards for reliable feeding, corrosion resistance, proper hardness and the ability to withstand maximum chamber pressures.

Powders in each cartridge are loaded to ensure optimal pressure, velocity and consistency from lot to lot. Each primer is matched to individual loads and specifically selected for their ability to quickly, completely, and reliably ignite the powder charge.

28 in stock (can be backordered)